What Jeremy Corbyn Needs Now is a Bit of Happiness 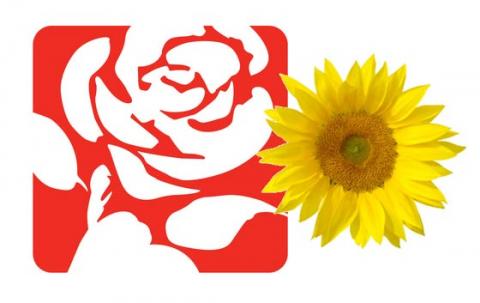 There has been a clip on tv recently showing Jeremy Corbyn saying that socialism is the answer. He is nearly right.

The problem with socialism is that it sets up a struggle between the rich and the poor. We end up having a fight about who gets a place by the trough - for more info on this read George Orwells "Animal Farm".

Happiness theory says that we are not limited to the size of the trough, we can make a bigger trough with room for everybody. If we are concerned with the outcome in terms of how happy we all are then we can get to a place where it's not a zero point game. The happiness trough is infinitely big. My happiness does not require somebody else to be unhappy in the way that my wealth means taking from somebody else - making somebody else poor. It's not a question of sharing it all out, it's about using our resources for the maximum benefit for all.

We need to explain to the rich that they would be happier being a little bit less rich. When it comes right down to it, money isn't all that - and that is a hard thing for rich people to come to terms with. It looks to them very much as if any problems they might have are just because they are not rich enough, so being less rich can only be a backwards step.

We are in danger of creating a world where one percent are so rich that it makes them weird, addicted and miserable and the rest of the world lives with unemployment and grinding poverty. That's where market forces want to take us, which is why socialism is the answer, because it is the mechanism which allows is to escape that fate and control our destiny.

But socialism without happiness is just class struggle. Add a bit of happiness and you could create a movement that we could all get behind, rich or poor. Of only we could get people to understand....