Careful, Trump is a Vengeful Narcissist 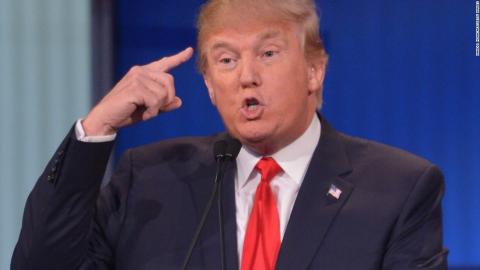 In recent days the world has been amazed at Donald Trumps European vacation. The handshake bullying, the pushing and shoving, and the lack of understanding of basic facts. We like to think that we are better than that and sometimes try and get our own back making sniping remarks behind our hands. Yes, Prime Minister of Belgium, perhaps you'd like to share it with the rest of the class?

So, yes, it's all very amusing but... be careful. Barack Obama thought he'd got the better of Trump when he ridiculed him at the White House Correspondents Dinner. Trump just smiled and took it on the chin - and years later he is getting his revenge by trashing Obama's work and values and apparently getting prostitutes to er, well, you know what I'm talking about.

Now, if the whole world or the whole of Europe seems to be against Donald Trump, he may just see that as a justification for getting some revenge. We have wronged him and he needs to redress the balance. Maybe the revenge will be in the form of engineering a crisis and then not helping NATO - or given his position of power it may be more serious.

Narcissists are dangerous because they don't like being beaten and they will go to extreme lengths to win - or be avenged. Even if the revenge causes them suffering too. If the whole world becomes his enemy and he has his hands on the nuclear football, then we may live to regret our sniggering.