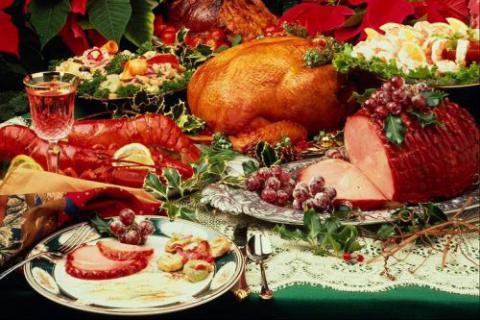 We live in a very strange world where some people are obese while others are struggling to find food and neither state is a particularly happy one.

In the same way, some people are incredibly wealthy while some are incredibly poor. Again, neither situation is conducive to happiness. The rich are riddled with problems, drug addiction, alcoholism and plastic surgery aren't symptoms of a happy or meaningful life. But then neither are alcoholism, repeat offending or benefit fraud. Notice we get alcoholism in both states.

This reminds me of "The Oblong" in Robert Tressles book "The Ragged Trousered Philanthropists". In this fantastic book about painters and decoraters in Edwardian England, our hereo draws a rectangle on the floor to represent the population of Britain. He then draws in segments representing groups of people and whether they do useful wok or not. At either end of the oblong are people who do no work at all, the aristocracy at one end and tramps at the other.  Both are preying on the work of others, but one side is preying more heavily than the others and ending up pretty fat.

David Cameron recently said that there are about 120,000 families that aer causing a disproportianate amount of problems. I think he was talking about people at the bottom end of the scale, but the 120,000 families at the top end of the scale are the ones who are setting the agenda and making all the rules. The ones whose kids go to Eton, Harrow and even some of the lesser known public schools. The families who make the rules and keep the power with themselves and their descendants.|Many of them suffer from drug saddiction, alcoholism and eating disorders. It's tough at the top.

The very rich are also recipients of resentment and envy from the rest of us. The bigger the gap between us and them, the more the tension grows. It would be better for the rich if the rest of us were a bit happier, they might get a happier waiter bringing the martinis, but they can't let go of the money or the power. They can't really believe that having less could make them happier.

I guess at the root of happiness politics there is a bit of socialism lurking and trying to look unobtrusive. The thing that happiness psychology adds is a reason why it is a good idea. What we need is good hearted leaders who really have the well being of the people as their main priority. Our current leaders and ruling classes really remind me of Marie Antoinette, painted and pampered and completely cut off from the filthy rabble.

If our current leaders were in charge of a small village in the Middle Ages I think they would find themselves overthrown and strung up pretty quickly! Fortunately for them they are kept well away from us ordinaries and protected by layers of beauracracy and security. They are also immune to public opinion if an election isn't imminent. They really showed their true colours recently in refusing to debate a motion put forward by a petition of 100,000 signatures - even after they had promised it! The government has also showed its real stance on happiness by choosing to allow rubber bullets and water cannon. Riots are one of the few measures that we have of how happy the poulation is, if the peasanta are revolting you know you have pushed them too hard - as Marie Antoinette found out the hard way. It looks to me as though are current government are planning ahead to a future with more rioting, and making sure they have the muscle ready. Water cannons and rubber bullets would have been little help with the recent riots, they are far more suited to large scale demonstrations such as a long drawn out battle with striking public sector workers. Are the riots just an opportunity to bring in these measures ready for a long battle with the unions?

Feasting isn't a sustainable way of life, but neither is famine. What we really need to strive for is a balanced diet for all, do this and we might get a well nourished population living natural fulfilling lives. To make a happire poulation we need to have happiness at the centre of government. Every policy and every decision needs to have built into it a consideration of whether it will make us more or less happy.

Is this a good idea? If you don't think so, leave me a comment and let me know where I am getting it wrong!