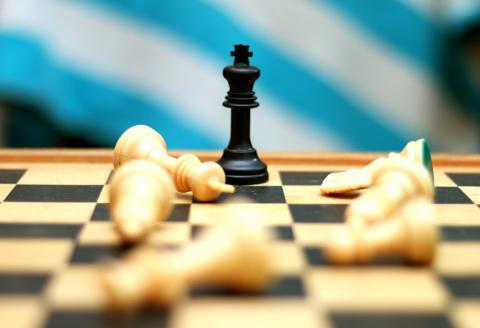 In short, the powerful refuse to see that the only way to solve their problems is to help the powerless. Instead the powerful believe the problem is that they don't have enough power, so the solution must be to get more power. If money hasn't made you happy, then you simply haven't got enough, maybe another 10 billion will do the trick? It won't. The enormous inequalities are making the problem progressively worse.

Which brings us to the war cycle. If the current state of the world is similar to the 1930'sthen the next step is war. Nobody wants it and yet it seems inevitable. The lessons of the second world war are distant memories to our current leaders. We have forgotten the devastation of countries reduced to rubble and seemed doomed to repeat the process in much the same way as the economic cycle of boom and bust. We forget the horror, do it again - and then swear that this will be the last time, until it fades from memory and we go again.

In that way, we can see "the war cycle" as an unstoppable force of nature in just the same way as the economic cycle takes us through booms and busts. When strong leaders jockey for position on the world stage, you should prepare for the worst.